There have been a many of young person walk into my law office, with their parents, frightened because they were accused of the criminal offense known as the possession of marijuana (a serious criminal offense) and seeking legal representation to attempt to fight the charge against them.

A Conviction Could Ruin College Admission

A number of these young people are students looking to move into the realm of higher education and would have their enrollment into college threatened had it been found out they were accused of any form of drug crime including that of the possession of marijuana. 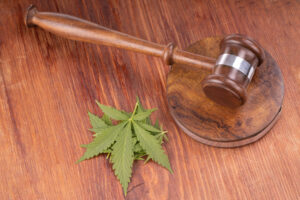 At the Law Offices of Tad Nelson & Associates Houston criminal defense lawyer Tad Nelson has had a wealth of success in either getting these type of misdemeanor weed cases thrown out of court due to violations of the defendant’s Constitutional Rights’, or have either worked out a deal with the court to have the criminal record sealed granted that the defendant keeps his/her end of any deferred adjudication bargain he/she is a party to.

In America, there is a momentous movement to legalize marijuana, but it hasn’t happened. Marijuana is still viewed as a dangerous Schedule 1 illegal drug and should be treated as such by anyone looking to avoid being arrested in Houston for marijuana possession or any other form of marijuana related criminal offenses.

If you’ve been arrested and criminally charged for a drug crime in Houston, contact Tad Nelson, a board certified criminal defense attorney, at 713-659-0909 as soon as possible to discuss fighting the charge, sealing the criminal record, and seeing what your options are based on the details of your case.

Don’t wait till the last minute. Your freedom and future could be in jeopardy.