If you’ve been charged with the possession of a controlled substance its important to understand that the State of Texas takes a harsh stance on these type of criminal offenses. 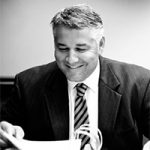 Crimes involving narcotics are harshly prosecuted, and more so when it comes to habitual offenders making the necessity of having a smart Houston criminal lawyer as your defense attorney all the more important.

At the Law Offices of Tad Nelson & Associates’ criminal defense law firm we have experience and success when it comes to fighting drug crime allegations of all types. This includes criminal charges alleging the possession of small amounts of marijuana to allegations of involvement in major international Federal drug trafficking felonies that are sure to bring federal drug crime indictments that carry stiff sentences.

For decades, the State of Texas has reserved its most harsh criminal penalties for defendants convicted of crimes relating to cocaine, crack, and other drugs deemed dangerous in the Texas criminal code. Possession of minimal amounts of crack, or cocaine, could garner manufacture and distribution related criminal charges, and in some cases, a federal investigation may ensue.

Unfortunately, many people don’t take criminal offenses involving marijuana very seriously because of the commonality and wide acceptance of use the drug. Times are changing when it comes to the perception of criminality in relation to marijuana, however, the drug remains illegal in the state of Texas and is prosecuted as such.

Felony and misdemeanor classification of marijuana related criminal offenses are determined by the amount of the drug in your possession at the time of arrest.

Meth, also referred to as Meth Amphetamines, has grown to become a significant drug and law enforcement problem for the State of Texas in recent years. Meth is classified as a highly addictive and dangerous substance when it comes to drug laws in Texas meaning one can expect aggressive prosecution.

A person convicted of a drug crime related to meth, in Houston, can expect felony drug charges and harsh sentencing as a result. Talk with Houston criminal defense attorney Tad Nelson, or another equally qualified Houston drug crime lawyer as soon as possible when facing meth related criminal charges.

In any case, if you’re accused of a heroin related drug crime, you’ll want to speak with a highly experienced Houston criminal lawyer who’s experience is best suited to tackle allegations related to such drug crimes.