Rape or Sexual Assault is one of the most serious criminal charges that a person may face. Aside from the risk of conviction and imprisonment, a sexual assault allegation can permanently brand an individual as a sex offender in the eyes of an unforgiving public. That is why you need to take any type of sexual assault claim seriously and seek immediate legal help from experienced Houston criminal defense attorneys who know the law and understand how the Texas court system works.

Rape is classified as “sexual assault” under the Texas Penal Code. In general, a person is guilty of sexual assault if he or she “penetrates” the sexual organ of another person without consent. The penetration can be by any means. It can also include using the assailant’s sexual organs to penetrate the victim’s mouth.

The key to proving sexual assault is “consent,” or the lack thereof. The Penal Code specifies a number of scenarios where a person accused of sexual assault is deemed to have acted without consent, including but not limited to the following:

There are some situations where a person is guilty of a criminal sexual offense under Texas law regardless of whether the other person gives consent or not. This is referred to as “statutory rape” because the other person, as a matter of statutory law, cannot consent to participate in sexual activity.

The Consequences of a Sexual Assault Conviction

Regardless of whether a person is charged with the forcible rape of an adult or the statutory rape of a minor, a conviction on any sexual assault charge is devastating. In addition to possible prison time and criminal fines, anyone convicted of a sex crime in Texas must register as a sex offender in any town or city they live in. Sex Offender Registration is not a one-time affair, but a continuous monitoring process—and if the offender does not comply to the satisfaction of local authorities, he or she may be prosecuted for a separate felony. 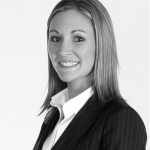 If you are facing a sexual assault charge, you need a qualified, reputable criminal defense attorney on your side. Houston criminal defense lawyers Tad A. Nelson and Amber Spurlock are nationally known advocates who understand what it takes to fight a rape charge.

Sexual assault cases are rarely cut-and-dry matters. They are complex affairs that often require a careful examination of the evidence. The Law Offices of Tad Nelson & Associates will ensure you have the best prepared defense to confront the prosecution’s case.