Burglary is a serious criminal offense in Houston. When burglary defendants are making their rounds through the criminal justice system prosecutors often seek to take advantage of them, or in other words, make an example out of them.

Often, it’s easy for prosecutors to secure a conviction on poorly represented people accused of burglary.

Burglary is one of those crimes that, if convicted, can serves as a statement to others about what type of person you are. This can have long-lasting ramifications on your career options, criminal record, freedom, and finances. If you have an upcoming court appearance scheduled as a result of burglary charges from the Houston Police Department or the Harris County Sheriff’s Office, you’ll need our help.

In Houston, jurors’ view people accused of burglary, even if they haven’t been proven guilty, as being dishonest.

This makes it important to secure legal representation by a Houston burglary defense lawyer with experience salvaging the perception of their clients who are facing trial for theft related crimes in Harris County, TX.

The manner in which you are presented to the court, in combination with the style in which your attorney articulates your plight, can have a big difference in the outcome at trial.

Anytime a person is accused of a crime involving theft, every effort should be exhausted to prevent conviction. 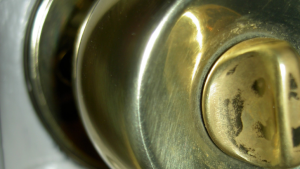 A great example of this can be a person who somehow manages to barricade themselves inside of a store with the intention of stealing goods and merchandise after the store closes.

The crime of burglary also occurs when a person enters a building or habitation and commits, or attempt to commit, a theft, assault, or other felonious offense. The clinching standard of burglary’s definition, under Texas law, is lack of owner consent.

In most cases, defendants convicted of burglary will face state jail time. State jail felonies carry a potential prison sentence of up to two years and a $10,000 fine.

Houston criminal defense lawyer Tad Nelson has defended Houstonians accused of burglary offenses for over 25 years. He’s Board Certified by the Texas Board of Legal Specialization in criminal law and knows how to successfully craft a defense strategy for a person fighting burglary allegations.

Don’t hesitate to contact the Law Offices of Tad Nelson & Associates for help. Our law firm has offices in Houston, League City, and Galveston, Texas. Call us at 713-659-0909.

5 Types of Defenses Against Criminal Allegations